This post may contain affiliate links. As an Amazon Associate, I earn from qualifying purchases. You can read the full disclosure here

The 1944 Half Dollar, featuring Lady Liberty, and known as a Walking LIberty Half Dollar is a well-loved and often sought coin by collectors and investors, alike, with an intriguing history and origin story.

This category of quarter had a fairly short run of 30 years of production from the US mint. It was first minted in 1916, following a contest held to replace the design of the Barber Half Dollar. 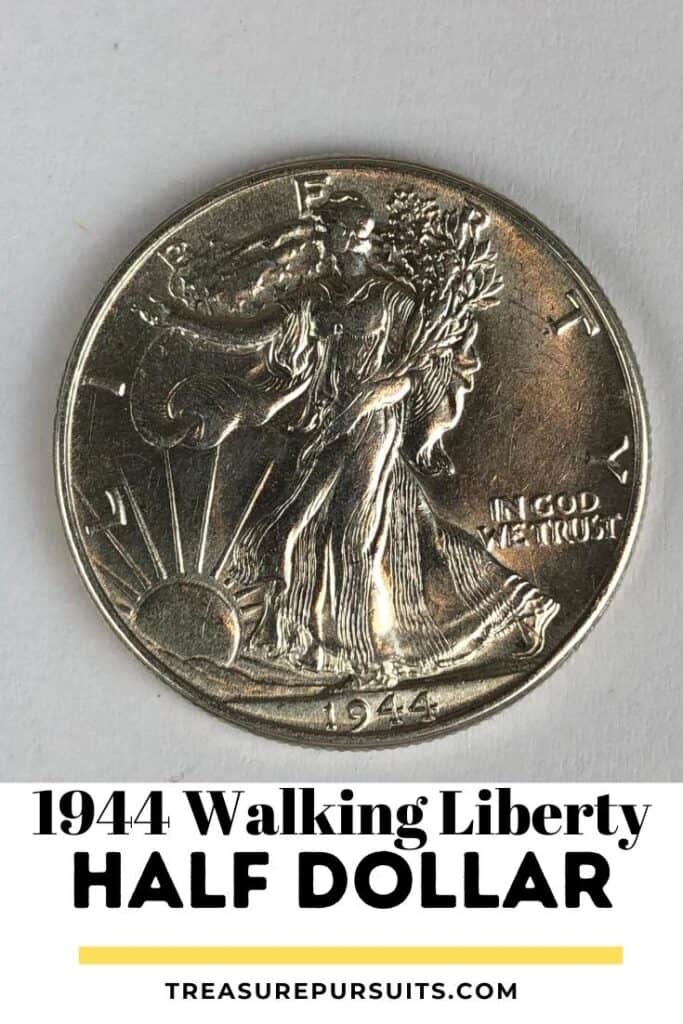 The 1944 Walking Liberty Half Dollar

The Walking Liberty Half Dollar was designed by A. A. Weinman. Depicting Lady Liberty in a flowing gown with a American flag over her shoulders, walking toward a rising sun on the obverse, “LIBERTY” can be found along the edge of the obverse. The motto “IN GOD WE TRUST” is found in the right field, and the date is centered at the bottom.

On the reverse of the coin, an American bald eagle sits perched on a mountain top with wings outstretched. “E PLURIBUS UNUM” appears to the left of the eagle. The phrases “UNITED STATES OF AMERICA” and “HALF DOLLAR” can be found at the top and bottom of the reverse, respectively. 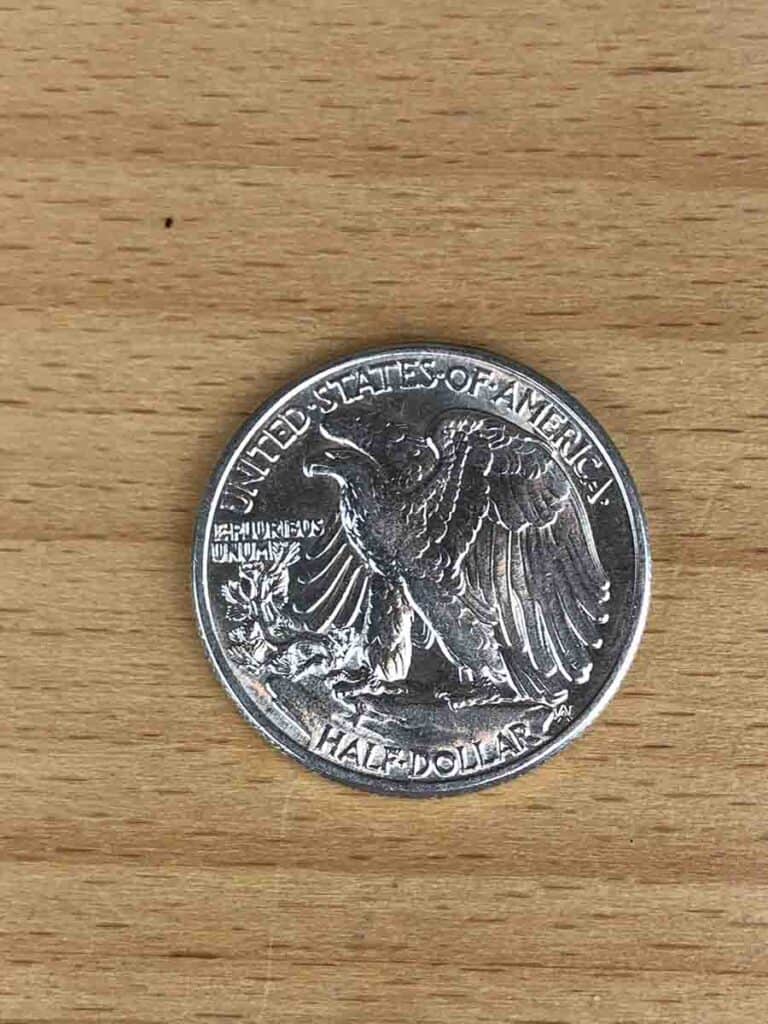 The demand for new half dollars was not very high in the years preceding the 1944 minting.  Because inflation was so much lower then than the current inflation rate, the average consumer could purchase a loaf of bread, milk and eggs for the family for a week of meals with just one half dollar. So, meeting the needs of the consumer base only required so many half dollars to be minted.

When the Walking LIberty Half Dollar were initially struck beginning in 1916, there was a problem with the detailed design which required retooling. It took a bit of adjustment of the design to resolve the striking issues. Therefore, the first year has more significant striking variations than subsequent years.

By the time the minting reached the 1940 minting, the design had been finalized for quite a while and was stable. As a result, the mint in 1940 are generally well-struck with few, if any significant striking errors.

History of the 1944 Half Dollar

Denver struck: 9,769,000. Not much more than the amount struck by San Francisco, which struck 8,904,000 half dollars. While Philadelphia struck the most Walking Liberty Half Dollars in 1944, there were only 28,206,000 that came out of that mint, less than half than were issued the previous year.

Want to know more about the Silver Quarter as well as other collectible US Quarters? Be sure to check out our Ultimate Guide to Collectible Quarters.

Valuing the 1944 Half Dollar 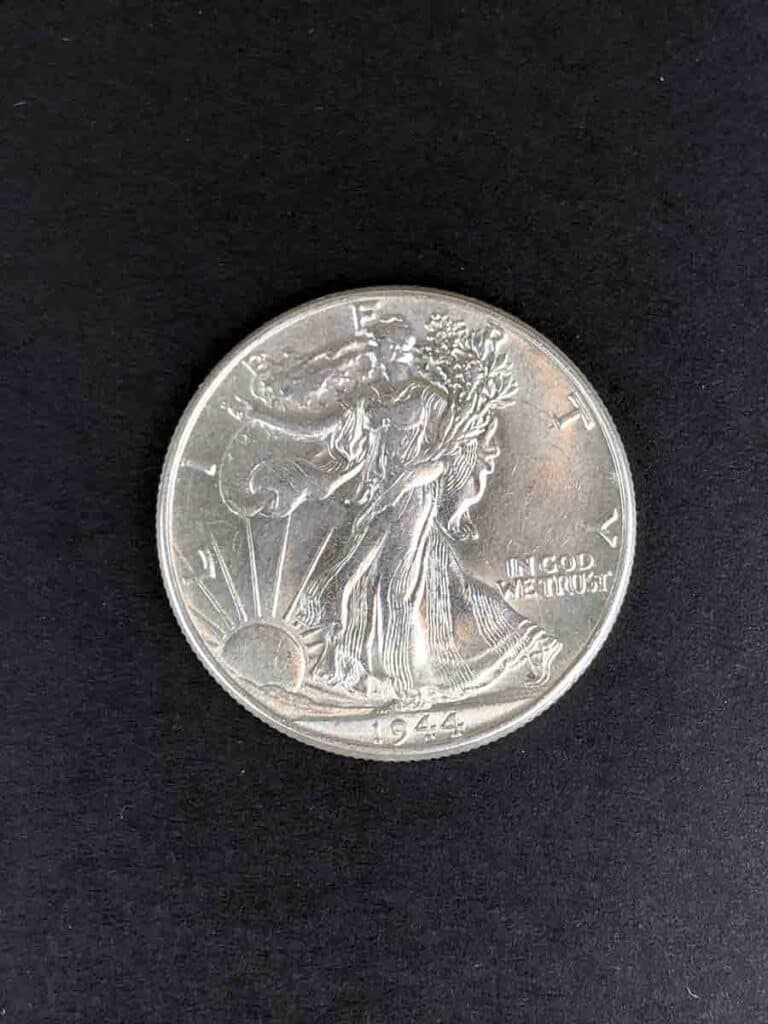 Like most non-modern coins, the surviving Walking Liberty half dollars are in lower quality conditions. Despite this, each coin is worth a minimum of $6.29 in silver value.

A price of $95 is realized for coins graded to be a MS-65 condition, on average. The highest-graded 1944 Walking Liberty half dollar in MS-67 condition sold at auction for $12,650!

Prices for these coins will most likely not change in the coming future as there is a large enough supply for any increased demand. Quality pieces will always be demanded and will continue to bring higher prices.

* This estimated value does not reference any standard coin grading scale. So, when we state ‘average’, this is meant to mean ‘in a similar condition to other coins issued in 1944’, and ‘mint state’ meaning the coin has been certified MS+ by one of the top coin grading companies. 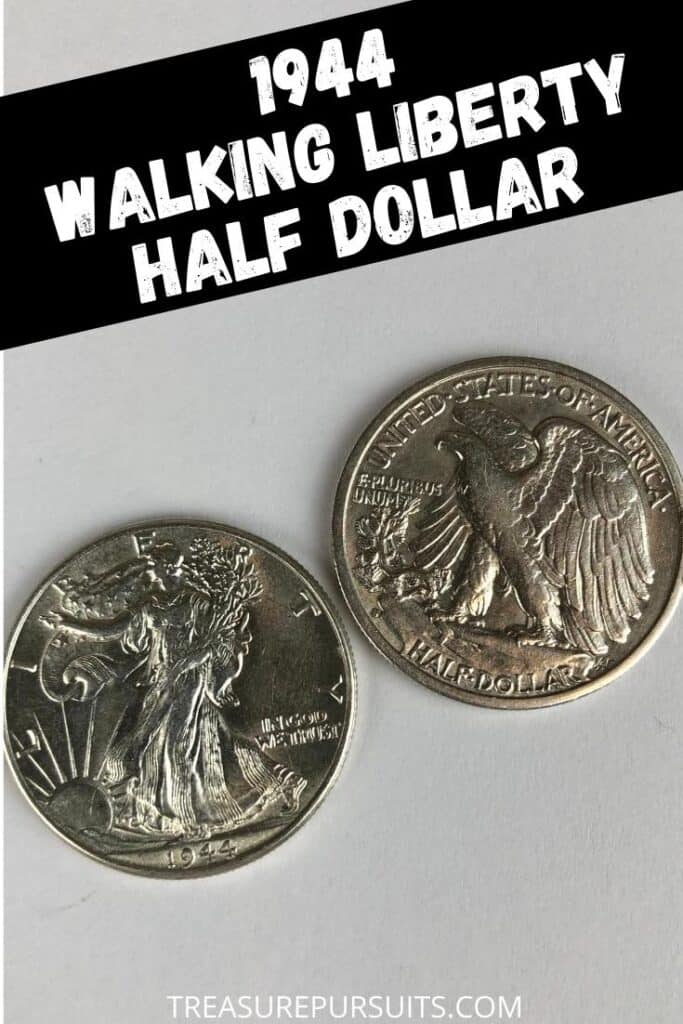 What Happened When The 1944 Walking Liberty Half Dollar Was Made?

Much like today, the world was full of life, and invention when the 1944 Walking Liberty Half Dollars were being minted. While still in the middle of World War II in 1944, the end of the war would occur in the next year. Many things happened in 1944 that still impact us today.