All You Need to Know About Dash | Trade Finance Global

Dash is, in many ways, an archetypal cryptocurrency. Unlike cryptocurrencies like Ethereum and Ripple, which sought to reinvent the wheel, Dash follows in the footsteps of Bitcoin and Satoshi Nakamoto’s original vision. It aspires to be a viable alternative to fiat currency as a medium for everyday transactions.

However, Dash isn’t just a replica of Bitcoin. It seeks to improve on what many consider to be a flawed product by addressing some of its shortcomings, such as a slow transaction processing time and lack of privacy. It differentiates itself through features such as Masternodes, PrivateSend, and InstantSend.

It’s also currently the 14th largest cryptocurrency by market capitalization. Whilst it still has a long way to go to catch up to market leader Bitcoin, there can be little doubt that Dash is worth keeping an eye on.

TFG has curated this page of information to provide traders with all they need to know about Dash.

Though Dash now seeks to be a medium for everyday transactions, it’s aspirations didn’t always align this way.

In the beginning, Dash was called ‘Darkcoin’, and before that ‘Xcoin’. It was a currency that prioritised privacy and anonymity, much like Monero does today. It changed focus in 2015 and rebranded itself as ‘Dash; a move which has seemingly worked well as it’s since grown to become the 14th largest cryptocurrency by market capitalisation.

The founder of Dash is Evan Duffield – a software developer who had been studying Bitcoin since 2011. He saw Bitcoin’s lack of anonymity as a weakness and sought to improve on it. He made suggestions on how to implement this to Bitcoin’s developers, but when they rejected his suggestions, he began developing his own altcoin instead.

In January 2014, he released ‘Darkcoin’. Several notable developments occurred after this as Duffield sought to improve the network, most notably by adding the feature of Masternodes.

Duffield realised that the focus on anonymity was holding the coin back as it had many other benefits aside from this. Therefore, in March 2015, it was relaunched as ‘Dash’. At this point, approximately 1.9 million coins had already been mined.

Below is a graph which shows the price growth of Dash over time: 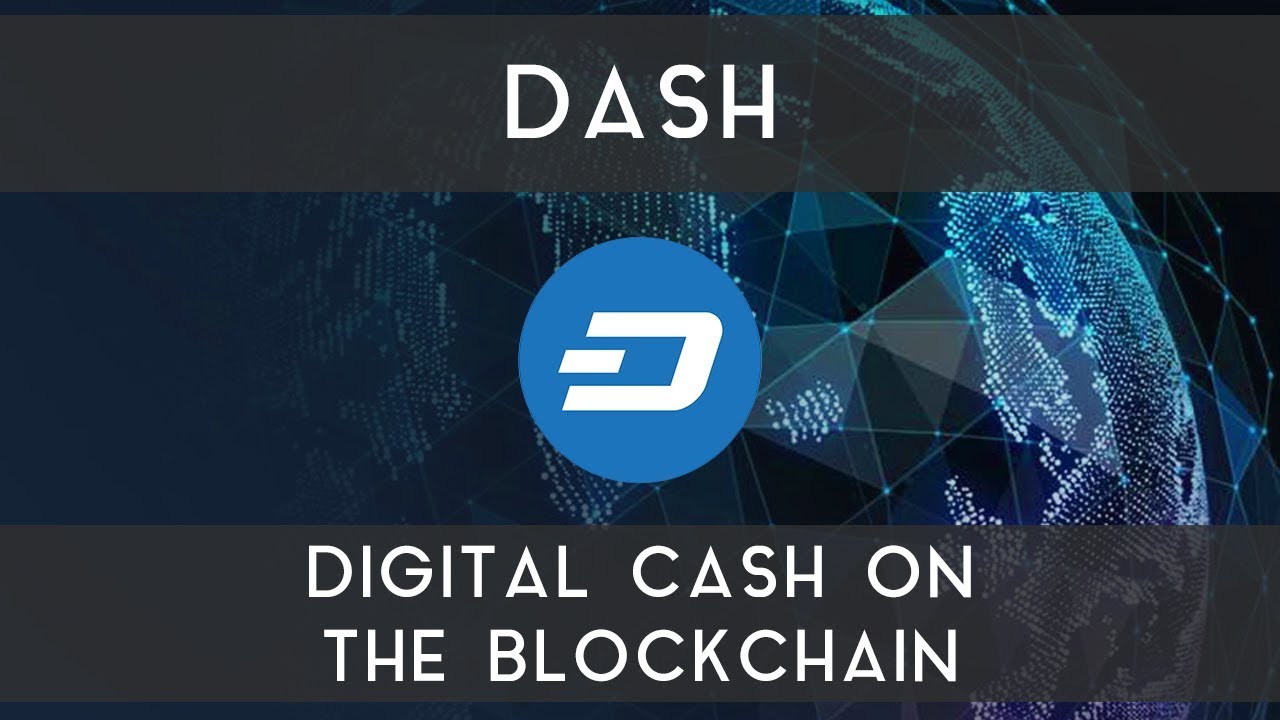 Dash shares many of the same practical uses as Bitcoin. However, Dash has the added benefit of offering private and instant transactions. This makes it potentially more useful than Bitcoin in instances where transaction speed or anonymity are required.

Here are four ways Dash can be used:

Another potential use case for Dash is in trade finance.

Most cryptocurrencies, including Dash, run on the ‘blockchain’ – a distributed digital ledger that maintains a record of all transactions. The blockchain has many use cases outside of cryptocurrencies.

It can be utilised in trade finance and the supply chain to digitize processes, reduce costs and increase transparency and efficiency. Blockchain technology is already seeing use by major financial institutions including Barclays and HSBC.

You can read more about this on our information page about Blockchain and Trade Finance.

The below table outlines the main advantages and disadvantages of Dash:

Advantages
Disadvantages
DecentralisedMost cryptocurrencies are decentralised to some extent, but some are much more so than others.
Dash has over 4,500 members that are able to vote on key decisions, as well as three major decision-making groups. This makes it much more centralised than many other currencies.
Brand ReputationDash has already changed it’s name twice but it may need to do so a third time. Typing in ‘Dash’ into a search engine will bring up information on the character before the cryptocurrency. This generic term may be limiting Dash’s exposure as many people haven’t even heard about Dash.

ConsensusDashes governance system allows it to reach consensus on decisions much easier than its biggest competitor Bitcoin. Bitcoin struggles to implement improvements due to an inability to reach consensus.
Dash doesn’t suffer from this same problem.
Voter KnowledgeThe Dash community has expressed concerns about masternodes voting poorly and without sufficient knowledge or experience due to the low barrier to entry. If you own 1000 dash, you can vote as a masternode.

Transaction SpeedDash’s ‘InstantSend’ feature allows transactions to be sent and confirmed in a few seconds, whilst Bitcoin takes up to an hour.
CompetitionDash is in direct competition to Bitcoin, which has the first-mover advantage and is the leading cryptocurrency. Other cryptocurrencies, like Ripple, complement Bitcoin and, therefore, have more room to grow.

PrivacyMany people see privacy as one of the most important features of cryptocurrencies.
Dash’s ‘PrivateSend’ feature enables users to transact completely anonymously, unlike Bitcoin which is only pseudonymous.
Limited Use CasesDash has focused its vision on being a digital currency. Other cryptocurrencies, like Ethereum and Ripple, have broader applications.

Here are 3 fun facts about Dash:

The Origin of Dash and the Future of Money

Dash Cryptocurrency: Everything A Beginner Needs To Know

What is the biggest con with Dash? from dashpay

Darkcoin to Dash: The 5-Year Fight to Rebrand a Privacy Coin – Decrypt