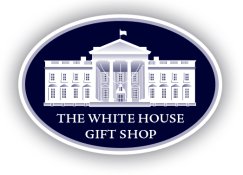 THIS FIRST TIME EVER OFFERING- SET OF 2 COINS

ONLY AVAILABLE HERE AND PROTECTED BY U.S. TRADEMARKS

THIS IS NOT THE VIETNAM SUMMIT COIN

THE GLOBAL PARADIGM CHANGING PRESIDENCY OF

THIS UNIQUE HISTORY ART COIN COLLECTION OF THE ONLY ORIGINAL OFFICIAL

GIFTS SHOP IS ONLY AVAILABLE HERE AND PROTECTED BY U.S. TRADEMARKS

President Donald J. Trump and the Leaders of South and North Korea

OTHER COINS IN THE HISTORIC MOMENT ART SERIES INCLUDE

Number 7: Title: GENIUS MAKES ITS OWN RULES with a Monograph “President Donald J. Trump: A Study in Genius”

2nd Coin in the Historic Moment

3 LEADERS AT AN EPIC MOMENT IN WORLD HISTORY

EACH COIN IS SEQUENTIALLY NUMBERED ON ITS BOTTOM EDGE

The 1st Coin in the Series is Also Available!

If You Have Any Questions or Changes Regarding Your Order

Regarding Worldwide News Over the Coins Korea Peace Talks Commemorative

Our project is generating significant media attention as well as an outpouring of support from Americans, Koreans, from people across the globe.

Following is a copy of a recent post in response to inquires from customers, supporters and media.

We answered and continue to answer a massive number, more like a tsunami, of communications from Americans, Koreans, and supporters from almost every country in the world, and in the United States from members of all political parties in significant numbers across each party. Huge numbers of magnificent people from Korea have shared with us in phone calls and in writing their steadfast hopes for peace and denuclearization. Americans have shared with us many reasons for wanting this commemorative coin regardless of outcome. Both Americans, Koreans, and peace loving peoples across the globe have shared with us, to be candid, their support and love of President Donald J. Trump, a fact.

While summit talks seem stalled [Peace Talks will occur as announced on May 31, 2018 – we had faith having seen, firsthand, servers crash as the world expressed its support of Peace in Korea and between the Koreas and America] as are you, perhaps, I am hopefully optimistic, especially given positive signs, recently, signs indicating the Korea Peace Talks will occur. We will continue to celebrate through objects of design and art the spirit of peace and harmony confluent with the innate dignity of all humankind.

For 75 years, now, this unique original official White House Gift Shop has expressed through many representational products, some fun, many serious, our faith in the Office of the President of the United States. President, Donald J. Trump’s office had no involvement in either the WHCA advanced military contingent 250 or the soon forthcoming WHGS medallions and coins series collection. As a military combat support veteran, myself, challenge coins are special to the 1% who serve in the military to protect the 99%. A gift is endowed with unique energy and spirit as it passes from the hands of a brother or sister to another who serves and knows. Relative to Korea, I have many memories, for I still have my own father’s “Mickey Mouse” boots, giant insulated rubber, winter military boots, from the Korean War and my memories of a favorite uncle, a Silver Star recipient, who carries to this day shrapnel in his neck and spine from combat in Korea.

The Korea Peace Talks commemorative coin represents a celebration of diplomatic communication and an embrace of all those who want our President to succeed in his steadfast efforts to secure denuclearization of the Korea and prosperity for America while recognizing other countries have not only a right but a responsibility to seek and secure their own prosperity through peaceful and fair means.

Note:
The White House Gift Shop® holds all United States Patent and Trademark Office exclusive rights to its names and variants as well as provides unique works for former Presidents of the United States, U.S. Embassies, virtually all Departments of the U.S. Government, film and television studios, and importanty patriotic Americans and beloved friends of America. WHGS is the “only original official” White House Gift Shop® now permanently and privately endowed.

Thank you for your continued support of the White House Gift Shop, Est. 1946 by
permanent memorandum of President Harry. S. Truman and Members of the United States Secret Service.