Before the 19th century the short story was not generally regarded as a distinct literary form. But although in this sense it may seem to be a uniquely modern genre , the fact is that short prose fiction is nearly as old as language itself. Throughout history humankind has enjoyed various types of brief narratives: jests, anecdotes , studied digressions , short allegorical romances, moralizing fairy tales, short myths , and abbreviated historical legends . None of these constitutes a short story as it has been defined since the 19th century, but they do make up a large part of the milieu from which the modern short story emerged.

The short story is usually concerned with a single effect conveyed in only one or a few significant episodes or scenes. The form encourages economy of setting , concise narrative, and the omission of a complex plot ; character is disclosed in action and dramatic encounter but is seldom fully developed. Despite its relatively limited scope, though, a short story is often judged by its ability to provide a “complete” or satisfying treatment of its characters and subject.

Analysis of the genre

As a genre, the short story received relatively little critical attention through the middle of the 20th century, and the most valuable studies of the form were often limited by region or era. In his The Lonely Voice (1963), the Irish short story writer Frank O’Connor attempted to account for the genre by suggesting that stories are a means for “submerged population groups” to address a dominating community. Most other theoretical discussions, however, were predicated in one way or another on Edgar Allan Poe’s thesis that stories must have a compact unified effect.

By far the majority of criticism on the short story focused on techniques of writing. Many, and often the best of the technical works, advise the young reader—alerting the reader to the variety of devices and tactics employed by the skilled writer. On the other hand, many of these works are no more than treatises on “how to write stories” for the young writer rather than serious critical material.

The prevalence in the 19th century of two words, “sketch” and “tale,” affords one way of looking at the genre. In the United States alone there were virtually hundreds of books claiming to be collections of sketches (Washington Irving’s The Sketch Book, William Dean Howells’s Suburban Sketches) or collections of tales (Poe’s Tales of the Grotesque and Arabesque, Herman Melville’s The Piazza Tales). These two terms establish the polarities of the milieu out of which the modern short story grew.

The tale is much older than the sketch. Basically, the tale is a manifestation of a culture’s unaging desire to name and conceptualize its place in the cosmos. It provides a culture’s narrative framework for such things as its vision of itself and its homeland or for expressing its conception of its ancestors and its gods. Usually filled with cryptic and uniquely deployed motifs, personages, and symbols, tales are frequently fully understood only by members of the particular culture to which they belong. Simply, tales are intracultural. Seldom created to address an outside culture, a tale is a medium through which a culture speaks to itself and thus perpetuates its own values and stabilizes its own identity. The old speak to the young through tales.

The sketch, by contrast, is intercultural, depicting some phenomenon of one culture for the benefit or pleasure of a second culture. Factual and journalistic, in essence the sketch is generally more analytic or descriptive and less narrative or dramatic than the tale. Moreover, the sketch by nature is suggestive, incomplete; the tale is often hyperbolic, overstated.

The primary mode of the sketch is written; that of the tale, spoken. This difference alone accounts for their strikingly different effects. The sketch writer can have, or pretend to have, his eye on his subject. The tale, recounted at court or campfire—or at some place similarly removed in time from the event—is nearly always a re-creation of the past. The tale-teller is an agent of time, bringing together a culture’s past and its present. The sketch writer is more an agent of space, bringing an aspect of one culture to the attention of a second.

It is only a slight oversimplification to suggest that the tale was the only kind of short fiction until the 16th century, when a rising middle class interest in social realism on the one hand and in exotic lands on the other put a premium on sketches of subcultures and foreign regions. In the 19th century certain writers—those one might call the “fathers” of the modern story: Nikolay Gogol, Hawthorne, E.T.A. Hoffmann, Heinrich von Kleist, Prosper Mérimée, Poe—combined elements of the tale with elements of the sketch. Each writer worked in his own way, but the general effect was to mitigate some of the fantasy and stultifying conventionality of the tale and, at the same time, to liberate the sketch from its bondage to strict factuality. The modern short story, then, ranges between the highly imaginative tale and the photographic sketch and in some ways draws on both. 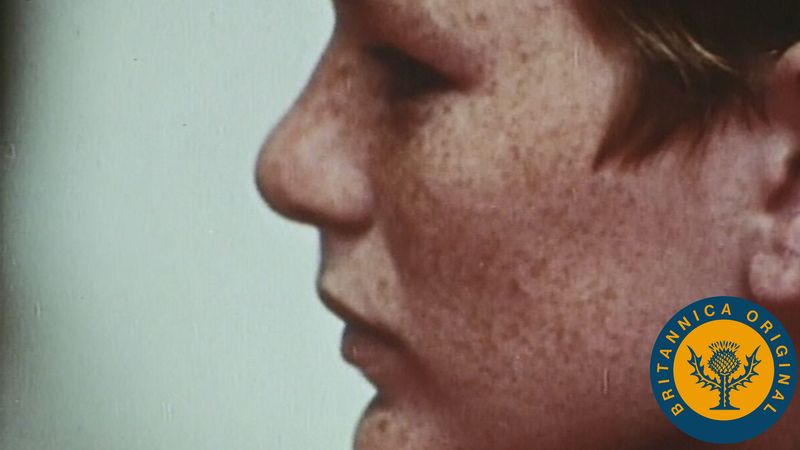 Author, professor, and editor Blake Nevius examining “My Old Man,” by Ernest Hemingway, in this 1970 production of the Encyclopædia Britannica Educational Corporation.

Encyclopædia Britannica, Inc.See all videos for this article

The short stories of Ernest Hemingway, for example, may often gain their force from an exploitation of traditional mythic symbols (water, fish, groin wounds), but they are more closely related to the sketch than to the tale. Indeed, Hemingway was able at times to submit his apparently factual stories as newspaper copy. In contrast, the stories of Hemingway’s contemporary William Faulkner more closely resemble the tale. Faulkner seldom seems to understate, and his stories carry a heavy flavour of the past. Both his language and his subject matter are rich in traditional material. A Southerner might well suspect that only a reader steeped in sympathetic knowledge of the traditional South could fully understand Faulkner. Faulkner may seem, at times, to be a Southerner speaking to and for Southerners. But, as, by virtue of their imaginative and symbolic qualities, Hemingway’s narratives are more than journalistic sketches, so, by virtue of their explorative and analytic qualities, Faulkner’s narratives are more than Southern tales.

Whether or not one sees the modern short story as a fusion of sketch and tale, it is hardly disputable that today the short story is a distinct and autonomous, though still developing, genre.