Supermoon | What is it and why do they occur? – BBC Sky at Night Magazine

Tonight’s full Moon, 24 June 2021, will be the last so-called ‘supermoon’ of the year, designated a ‘Super Strawberry Moon’. But what is a supermoon, when do they occur, and are they really something to get excited about?

Supermoons occur at perigee: the point in the Moon’s orbit where it’s closest to Earth. A perigee full Moon appears a little brighter and larger than an average full Moon, and is known by some as a ‘supermoon’.

Generally speaking, however, astronomers don’t tend to use these terms (likely a result of the term supermoon’s astrological origins), and the technical name for a ‘supermoon’ is a perigee syzygy Moon.

What is a supermoon and when do they occur?

A supermoon happens when a full Moon coincides with the Moon’s closest approach to Earth along its orbit.

The Moon’s orbit around Earth

The Moon takes just over 27 days to orbit Earth on an elliptical path that takes it from its most distant point from Earth at apogee, to its closest approach at perigee.

It also takes just over 29 days to cycle from one full Moon to the next, which you can see for yourself if you note the phases of the Moon night after night.

Meanwhile, Earth’s orbit around the Sun takes 365 days and this means it takes 14 lunar cycles (411 days) to go from one full perigee Moon to the next one.

When does a supermoon happen?

The term supermoon refers to both perigee full and new Moons but, as the new Moon is not visible we will concentrate on the full supermoon.

The name ‘supermoon’ was first coined by astrologer Richard Nolle in 1979. He defined it as “a new or full Moon that occurs when the Moon is at or near (within 90% of) its closest approach to Earth in its orbit”.

Astronomers prefer the more precise, though perhaps less catchy, term of a perigee full Moon to describe a full Moon that occurs when the Moon’s centre is less than 360,000km from the centre of Earth.

Or a perigee syzygy full Moon, where syzygy refers to a straight-line configuration of three or more celestial bodies in a gravitational system (in this case Earth, the Moon and the Sun).

The opposite phenomenon, an apogee syzygy full Moon, is similarly dubbed a ‘micromoon’.

Is a supermoon really much bigger?

Much has been written about supermoons ‘stunning’ and ‘dazzling’ observers, and this is another reason some astronomers balk at the term.

In reality, a full Moon at perigee appears only 14% larger due to being closer to us, and only 30% brighter than an apogee full Moon.

A supermoon is also only about 7% larger and 15% brighter than an average full Moon.

Without a side-by- side comparison, it is difficult to spot the difference from one month to the next, but it is possible to record changes in the Moon’s size through photography.

The difference in brightness is due to the reflected light from the lunar surface that reaches Earth being inversely proportional to the square of the distance between them.

Claims that the Moon appears larger than this are likely to be due to the ‘Moon illusion’. Indeed, the Moon does appear much larger when observed near the horizon at moonrise and moonset.

The reason for this optical illusion is still under debate, but is likely to do with the way our brains process objects close to the horizon as being larger when in proximity to buildings and trees, than when they are high in the sky with nothing to compare sizes against.

Do supermoons always come in threes?

April 2021 brought the first of three consecutive supermoons in 2021, but this is not unusual.

Indeed, every 14 lunar months the series of full Moons cycles from largest to smallest and back again as the Moon orbits Earth. Perigee can last between two and five full Moons.

For a full Moon to be classed as ‘super’ it must occur when it is around 360,000km away from Earth or less, so the full Moons occurring either side commonly also fall within the supermoon category.

On rare occasions we get two or four supermoons in a row, but three is the most common. 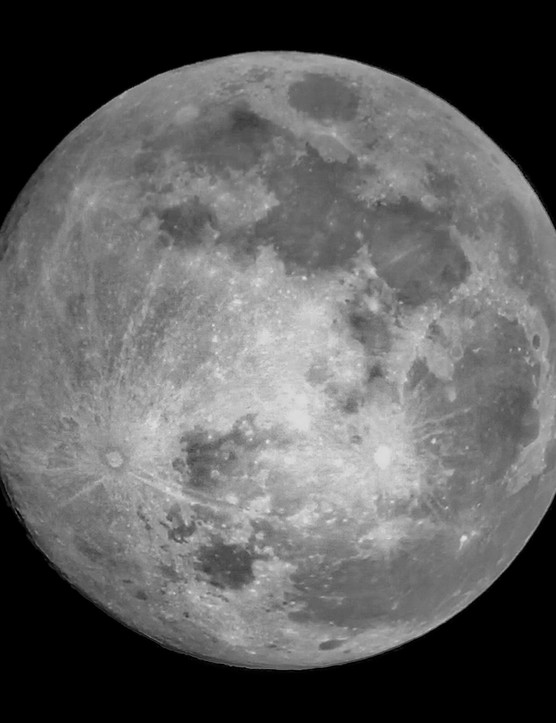 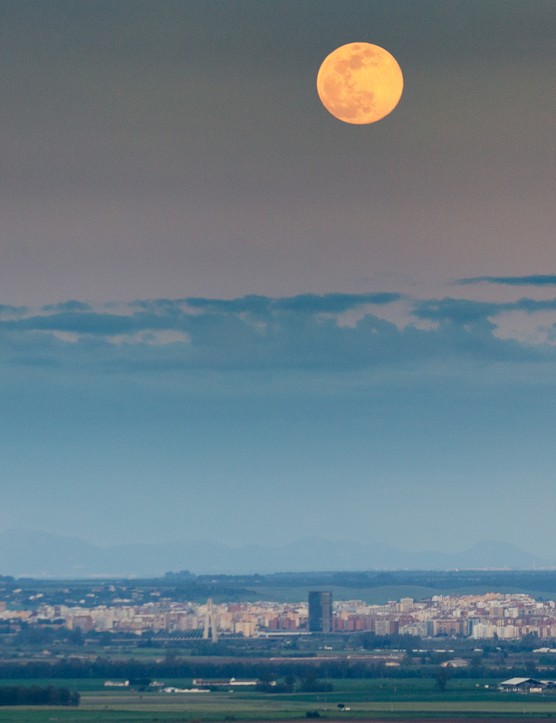 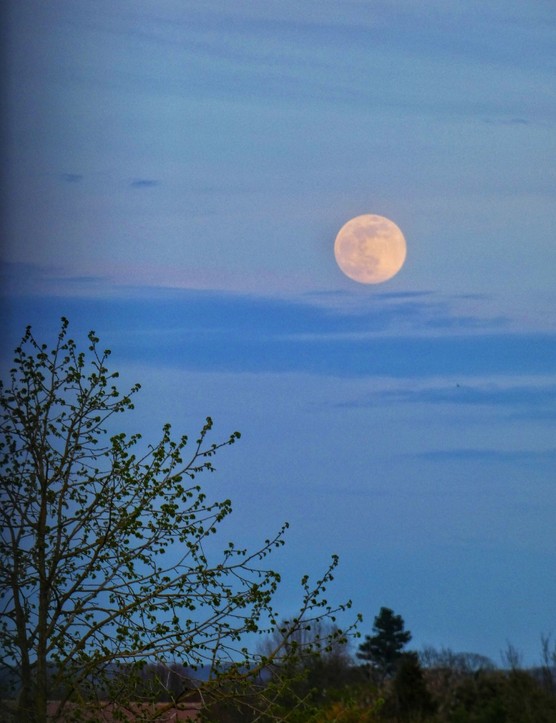 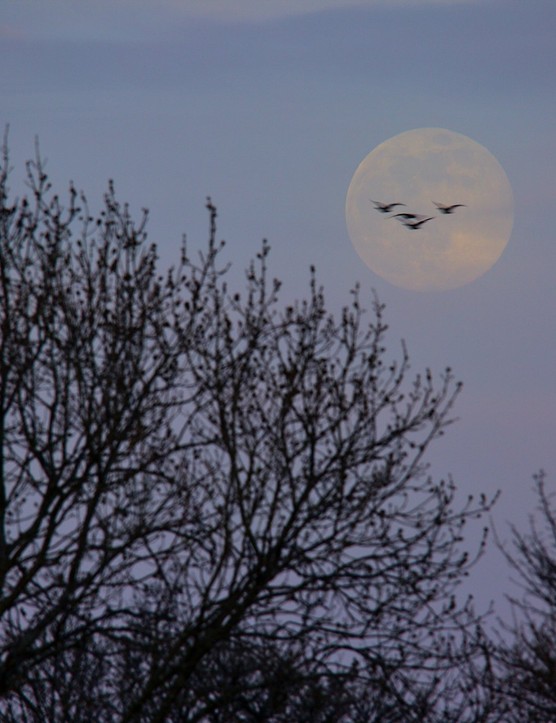 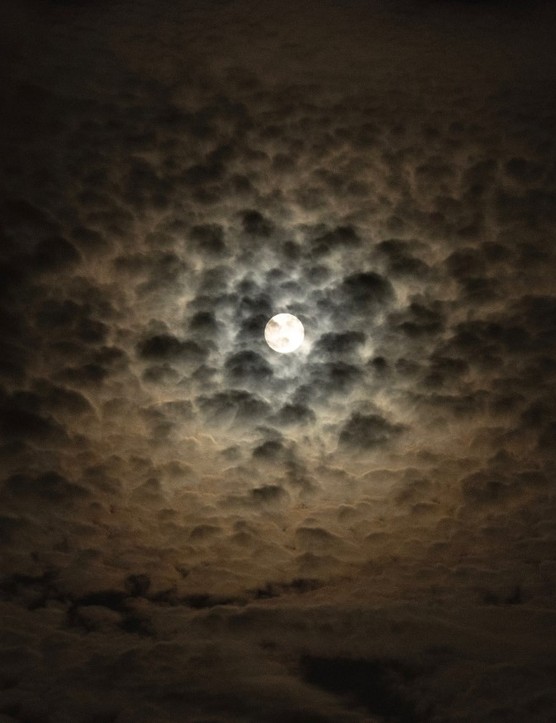 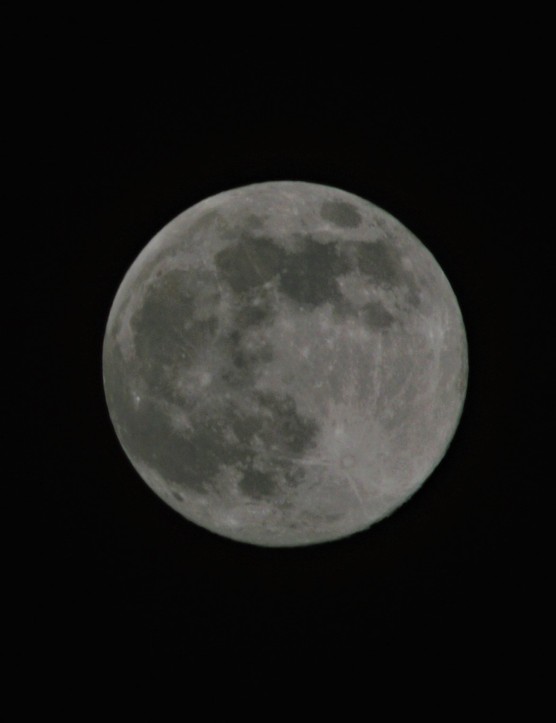 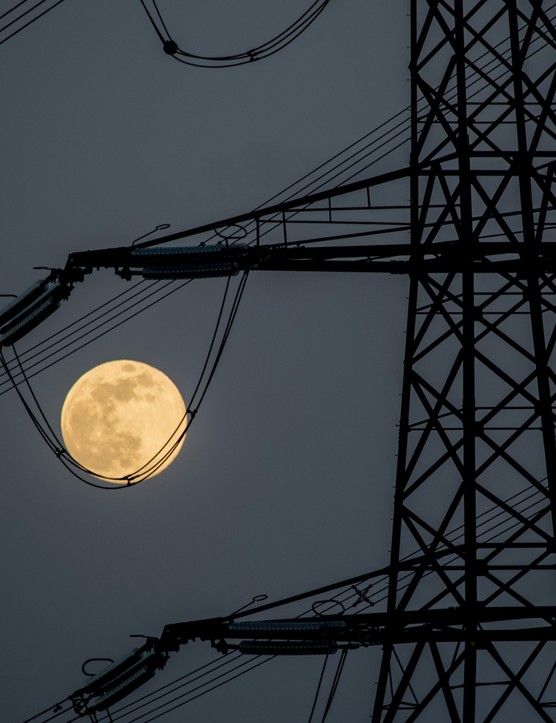 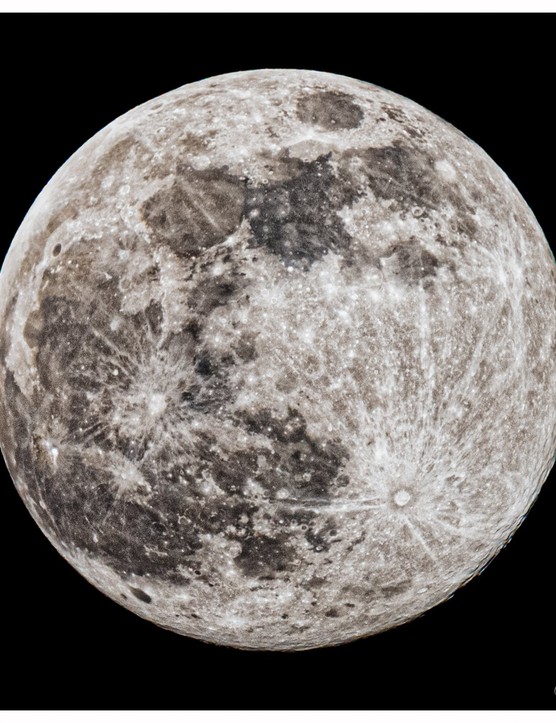 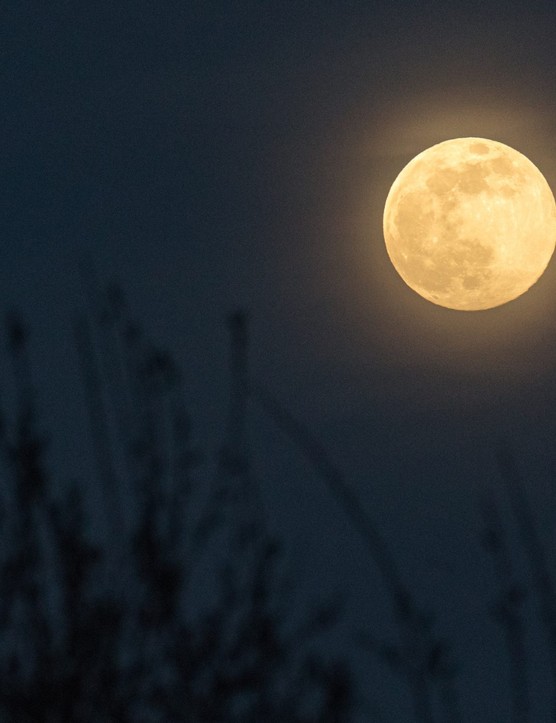 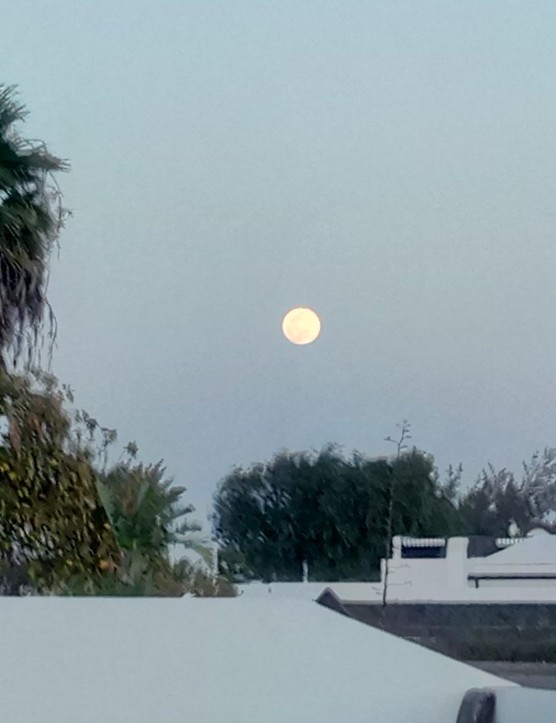 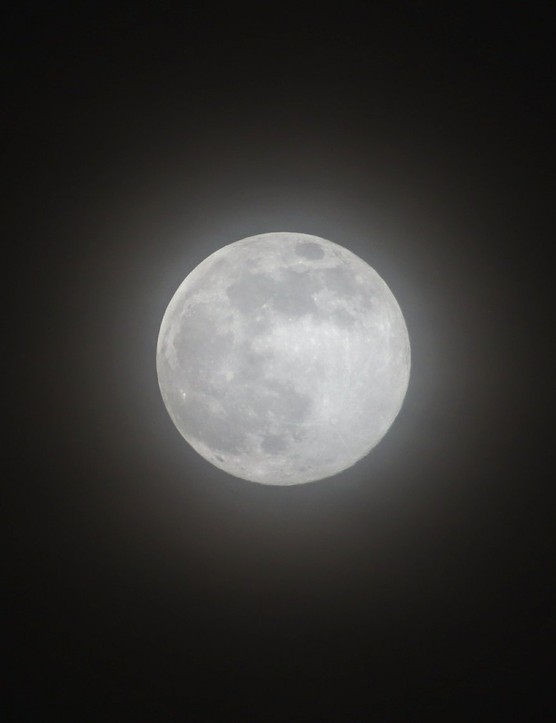 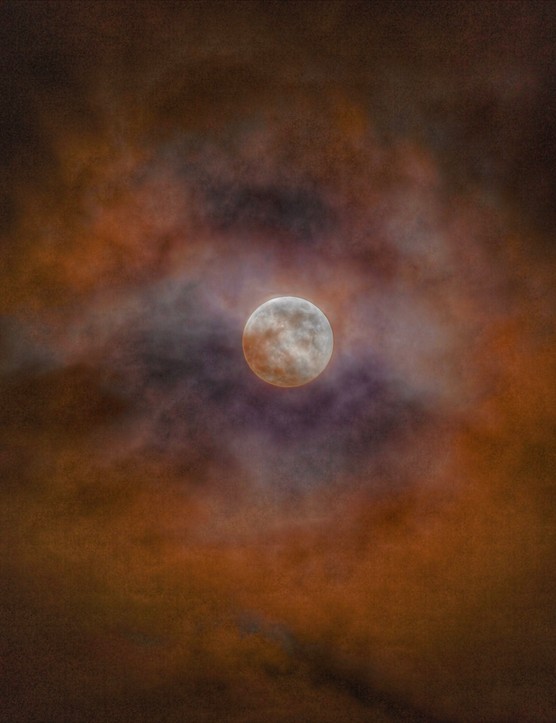 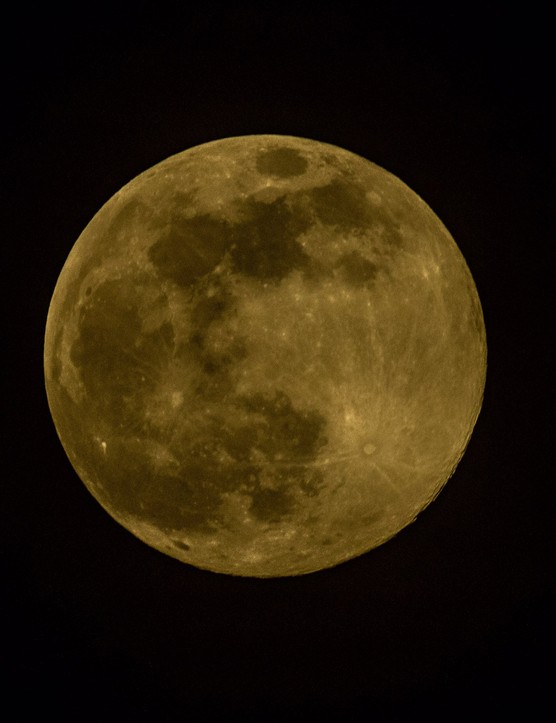 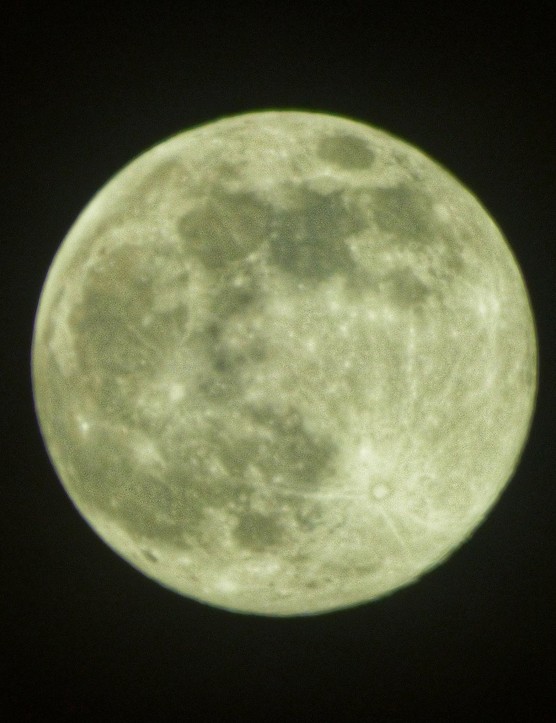 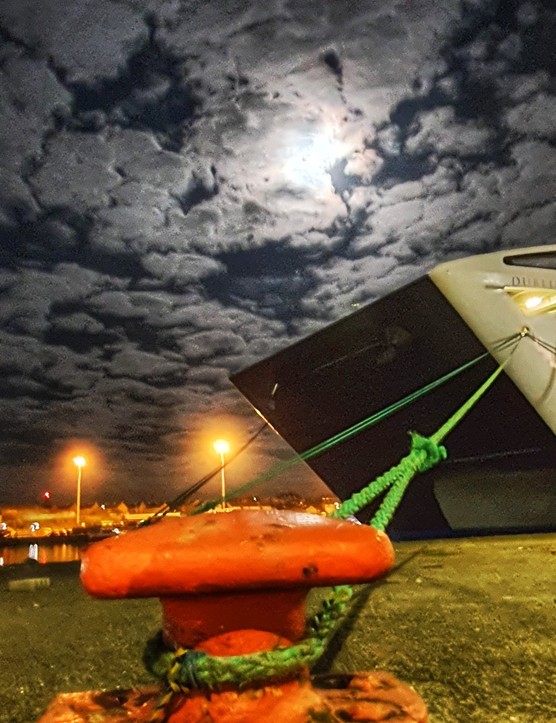 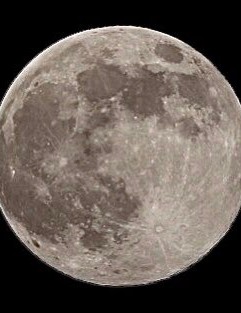 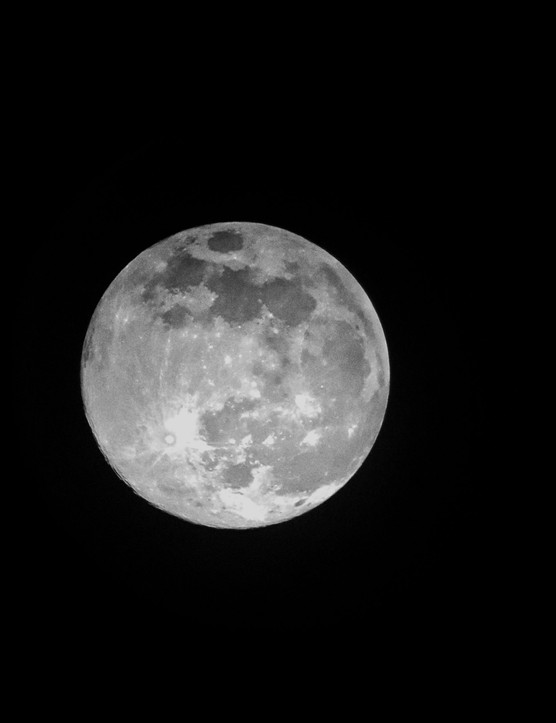 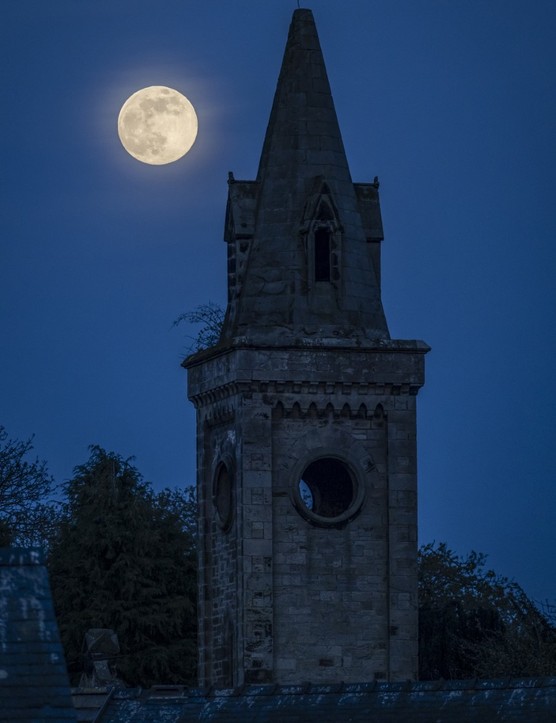 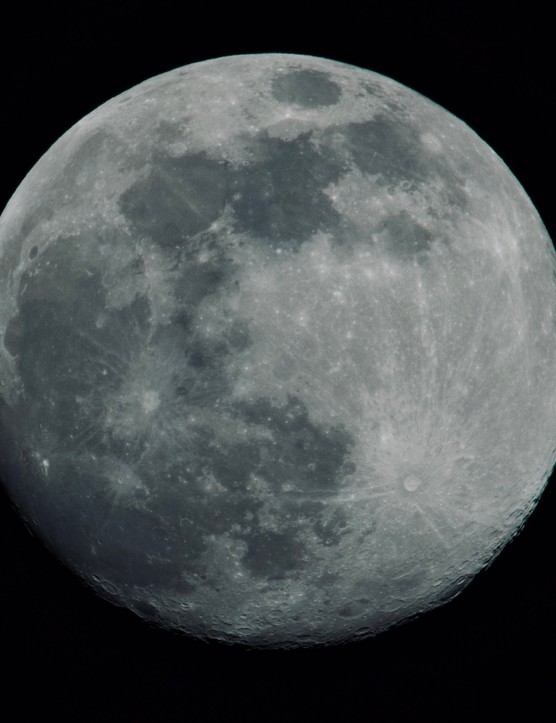 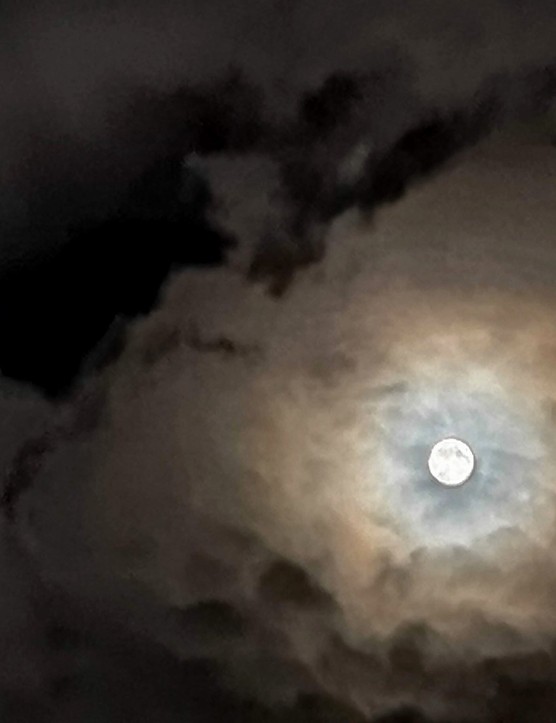 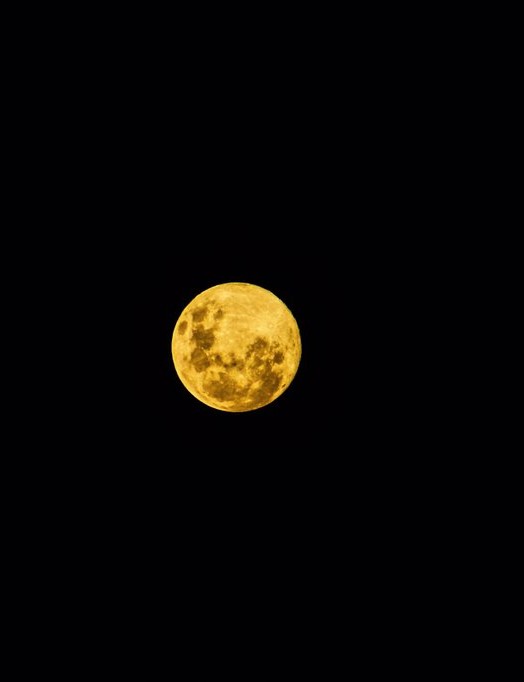 Effects of a supermoon

Many people talk about the effects of a supermoon on us and our planet, but there is scant scientific evidence to support claims that supermoons cause earthquakes, volcanic eruptions, extreme weather and tsunamis, or floods and pestilence!

The Moon is, of course, the driving force for Earth’s tides: full and new Moons are when the Earth, Sun and Moon line up to produce extreme spring tides, but the effect of perigean spring tides only increases the tidal variations by about 5cm on average.

In recent years there have indeed been a handful of tsunamis and earthquakes that coincided with a supermoon but, with around three supermoons every 14 months it would be unusual if such a disaster did not coincide with a supermoon now and then.

A supermoon may not be so ‘super’, or even rare, but once you cut through the hype, it is still a great way to engage with our nearest celestial neighbour. For more on lunar-gazing, read our guide on how to observe the Moon.

Below is a selection of images of supermoons captured by astrophotographers and BBC Sky at Night Magazine readers. If you managed to capture one, we’d love to see it.

This guide originally appeared in the April 2021 issue of BBC Sky at Night Magazine.

What is a Supermoon? Everything You Need To Know

Supermoon: how an illusion makes the full Moon appear bigger than it really is